The Upwind Class of 2020 wants to thank all the donors and the community that made this program possible. Watch this video to hear directly from them on how this program made an significant impact on their life.

The Upwind Foundation (Upwind) is pleased to announce the recipients of the 2020 scholarship. 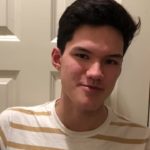 Thaddeus Duffy: Thaddeus is a junior at Carlmont High School in Belmont and the son of Charisse Lee. His interest in aviation began at an early age and while in 1st grade, he announced to his brother that he would be the captain of an A380 and his brother could be his first officer. Commercial aviation is Thaddeus’ dream career. Being awarded the Upwind scholarship and receiving his private pilot certificate is a major step towards a dream he has been passionate about for as long as he can remember. 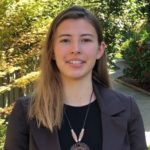 Kate Korolevskaya: Kate is a junior at Los Altos High School in Los Altos and the daughter of Tatiana Korolevskaya and Ivan Korolevskiy. Her interest in flying began at 5 with the gift of a toy airliner and grew from there. She has incorporated aviation into her life since then by building model planes, flying a RC Cessna, listening to live ATC broadcasts and reading the Pilot’s Handbook of Aeronautical Knowledge. After receiving her private pilot’s certificate she plans to continue flying and expand her knowledge of aviation during her college years and beyond. 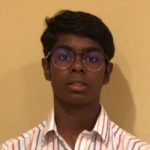 Philip Mathews: Philip is a junior at Dougherty Valley High School in San Ramon and is the son of Sam and Priscilla Mathews. Aviation has been a part of his life since childhood and he is active in his school’s Aerospace and Radio club, working on aviation-themed projects throughout the year. Once he has obtained his private pilot’s certificate, he plans to pursue his interest in aviation and earn a degree in aeronautical/aerospace engineering. 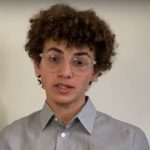 Abdel Zaro: Abdel is a junior at Carlmont High School in Belmont and the son of Fatima Qutob and Nidal Zaro. From an early age he would look skyward at the planes as they flew by and dream of becoming a pilot in command. His first Young Eagles flight was a turning point in his life as it confirmed his desire to become a pilot and volunteering at Hiller Aviation Museum has further solidified his passion for aviation. After receiving his private pilot’s certificate, his goal is to become an aeronautical engineer and work with NASA.

Upwind provides a scholarship that includes flight and ground training for a high school student to prepare them to obtain their Private Pilot certificate during the summer between their junior and senior year.